Were Form: Were Coyote (Name-Misoi)

Personality: Caring, stubborn, headstrong, loyal. She is always there for her sister, Amila.

A bit of The Story: She was a normal human that lived in the 1800’s til she noticed her little sister’s new boyfriend, Brain, was acting unfaithfully to Amila. Mara investigates to find that he was with two other girls. He caught her looking and Mara decided to keep Amila away from Brian was to pretend to be with him. Mara knew it would break Amila’s heart, but it was better that then dealing with a cheat. Mara came to a river that seemed odd. Once she drank from it; she was able to change into a were. She was killed by Amila (Amila never knew at the time about Brian) and then resurrected by Lily. From there Mara meets Kou and was reunited with her sister and future brother-in-law Sethinu. She and the others went to live in a hidden kingdom in China, named Thundra. 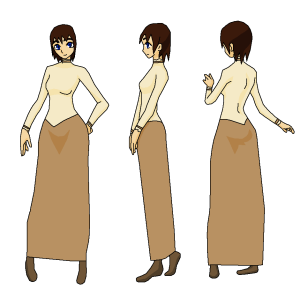 Mara Outfit While Living in Thundra

Made Seto a Alicorn, because why not. Mokuba is a Pegasus because I remembered that one scene where he was little and riding a blue eyes, so I thought why not make he fly? Seto is blue, but I don’t know why nor do I know why I gave Mokuba a Star cutie mark. Seto’s is a badly done blues white dragon.

The eyes look a bit off, but other then that this turned out alright.

Ven: Never thought you’d be in this situation did you?
Vanitas: Nope, but I’m glad I was…*smirks and poses with Ven*
Ven: So… Out of curiosity Master Xehanort was changed with you right?
Vanitas: Um Yeah…
Ven: Have you seen him since? Because Master Eraqus went missing a couple of days ago…
Vanitas: No I haven’t… However last time I saw him he said he was going to pay an old friend a visit…
Ven: Wait… Could that mean…
??? : Hey Ventus, Vanitas! *A voice sounding like Aqua’s called out to them*

Okay I’m going to be honest here. I had to edit this because I accidentally drew Aekita as a boy XD Hopefully She still looks good after the edit.

I have a feeling I missed something on here, but I don’t know what XD I enjoyed doing this one!

Kari looks a bit weird but I still like it! Hopefully I got everything right! 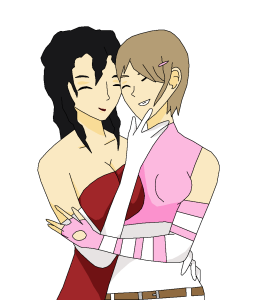 (Rest of title: With  Pyrrha)

Jaune –  “When I said I’d do anything to become a better warrior, I didn’t mean THIS!”

Trying something new with the skin color. it’s more pink. I don’t know weather I like or not XD

No shading on this one @_@ so many colors! Hopefully I got everyone right. I meant to make Rainbow Dash the one in the air, but when I was drawing that pony, it turned into Fluttershy XD oh well.

Of Cats And Kitties
Blog at WordPress.com.
Loading Comments...